Featured Call of the Month

Paul Englund is the consummate waterfowler, whose resume includes hunter, guide, call maker, historian, mentor and activist.
Possibly most well known for his line of hand-made world class duck and goose calls, Paul’s Calls and in particular his Pit-Boss goose calls are sought by both hunters and collectors alike. Paul’s calls have won over 35 state and regional duck and goose calling competitions, and his calls have garnered him first place at the prestigious Callmakers & Collectors Association of America’s contest in St. Charles, Illinois.
Paul cut his teeth duck hunting at the historic Grey Hound duck camp on famed Lake Christina where his father guided and cooked. Later in life, Paul too would guide. Paul’s skills and understanding of waterfowl and their habits led him to mentor and inspire countless numbers of aspiring hunters, particularly youngsters, in the arts of decoying and calling to the birds he so admired. Paul has also shared freely of his knowledge and inspired and mentored others to take up the art of callmaking.
His dedication to the science and sport led him to help preserve the history of callmakers when he served as president and vice-president to the fledgling Callmakers & Collectors Association of America (CCAA) where he penned several articles documenting some of the most influential callmakers in Minnesota.
Paul continues to be a draw at the Minnesota Decoy Collectors Association’s annual show where he is the ambassador of calls, callmaking and its rich history. Paul is also an active member in the Minnesota Waterfowl Association (MWA), Minnesota Duck & Goose Callers, Fur Fin & Feathers Club, Delta Waterfowl, Ducks Unlimited (DU), Trout Unlimited (TU) and the National Rifle Association (NRA) where he has donated countless numbers of his calls and raising many thousands of bucks-for-ducks. Dr. Quack, as he is known to his friends, is truly a waterfowler’s waterfowler.
Written by Doug Lodermeier sr.
Recent Contest Photos & Winners
See our Vintage Calls
President's Note

CCAA Members,
Getting ready to kick off the annual Callapalooza event put on by RNT Calls in Stuttgart, AR. It will be a fun week for anybody that has the love for waterfowl. Starting Tuesday May 31st thru Saterday June 4.  There will be multiple competitions including four rounds in four days of the call makers build off where eight of the top call makers compete head to head to produce some amazing calls. Friday the inaugural Callapalooza cutdown challange will take place by 12 call makers cutting OLT d-2 style toneboards . There will be a vintage call contest with multiple categories and a cook off contest. Friday and Saterday will be call collectors and waterfowl swapmeets . Wile there you can check out the new vintage call exhibit for 2022-2023 "Calls of Arkansas" . John Stephen an family do a amazing job at these events so travel safe and have a great memorial day weekend. If any one has ideas, content, or storys for the quarterly newsletter feel free to contact me at Roosagamecalls@outlook.com thanks
CCAA president,
Ryan Roosa 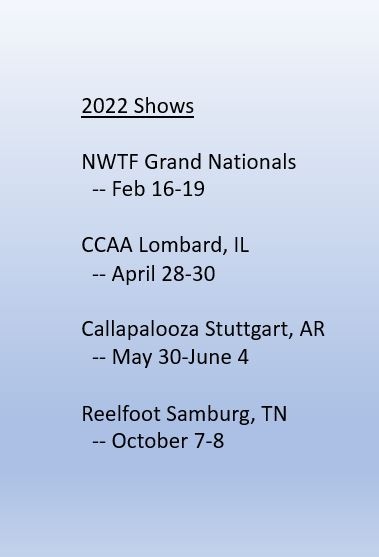 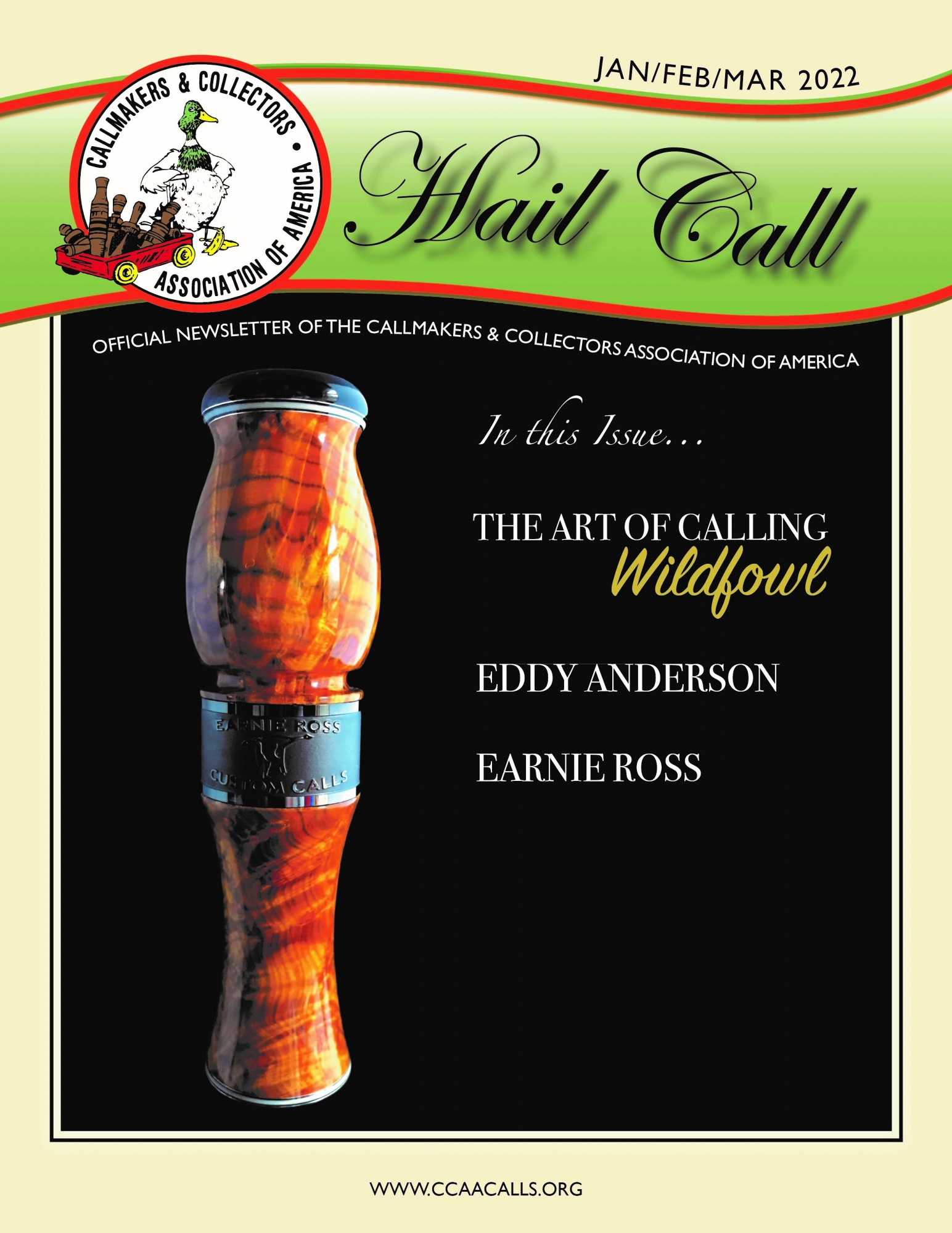 Member Sign In
Not a Member?
All you need to do to Join CCAA, is fill out the online Application. You can make payment by using PayPal or by check.